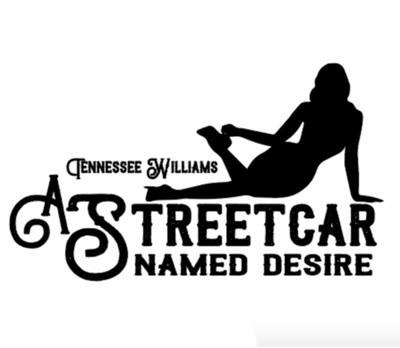 Highlands Lakeside Theatre in Sebring will be presenting the award-winning Play ”A Streetcar Named Desire” by Tennessee Williams January 17 – February 2, 2020.   Highlands Lakeside Theatre audiences will be treated to a unique opening, amazing set, period costumes, and consummate performances that will transport them to New Orleans, circa 1948.  The cast consists of seasoned veterans with familiar faces, many in unfamiliar roles.

Considered to be one of the best and most critically successful plays of the 20th century, “Streetcar” introduces us to Blanche Dubois (Margaret Macbeth), who’s unfortunate circumstances force her to flee her aristocratic Mississippi home to the French Quarter of New Orleans to live with her sister and brother-in-law, Stella (Olivia Gallo) and Stanley Kowalski (Andrew Macbeth.)  The shabbiness of their small dwelling is only one of the shocking indications of her loss of social status.

The character of Blanche may be based on Williams' sister, Rose Williams, who struggled with mental health issues and became incapacitated after a lobotomy. The theatre critic and former actress Blanche Marvin, a friend of Williams, says the playwright used her name for the character Blanche DuBois and took the play's line "I've always depended on the kindness of strangers" from something she said to him. Blanche’s refined tastes, including her dislike of vulgarity, reflect the values of the old South. The culture of New Orleans commands Blanche to conform and submit; however, she refuses.

Stanley is an example of a go-getting, thrusting, competitive working-class man, prepared to crush others (like Blanche) to get what he wants. He is a headstrong Polish man who believes that he is the king of his house and all that was in it. He represents the new south: a society dominated by men. Throughout the play his wife, Stella, is sympathetic towards her sister Blanche. However, she never goes against Stanley’s authority to stand up for Blanche. Mitch, a friend of Stanley's, is more refined than Stanley. At one point in the play, he even considers marrying Blanche.

Highlands Lakeside Theatre is a not-for-profit arts organization producing live theatre with local volunteer talent both on stage and off.  HLT is a recent recipient of a Sebring Cultural Affairs Cultural Development Grant. There are many programs at HLT to serve all ages and walks of life, from childhood to retirement and beyond.  Contact Vanessa Logsdon at HLTSebring@gmail.com for more information about joining.

Disclaimer: The views and opinions expressed in this article are those of the authors and do not reflect the views, policy or position of Sebring.com

Terms of Use | Privacy Policy | Contact Us
Disclaimer: Information and interactive calculators are made available to you as self-help tools for your independent use and are not intended to provide investment advice. We cannot and do not guarantee their applicability or accuracy in regards to your individual circumstances. All examples are hypothetical and are for illustrative purposes. We encourage you to seek personalized advice from qualified professionals regarding all personal finance issues.